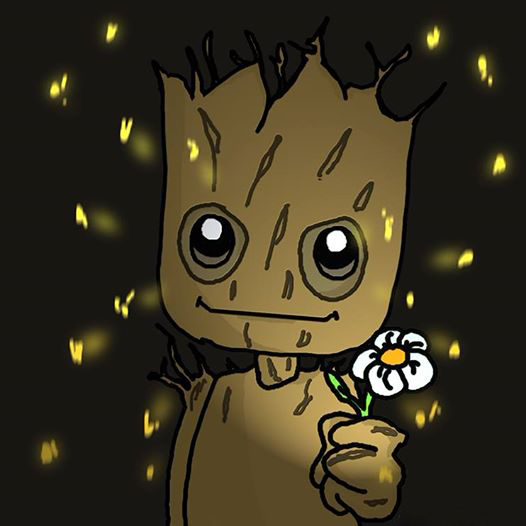 Holy F balls! Guardians of the Galaxy was not only an awesome comic book story come to life, it was just flat out an amazing science fiction movie! It had the tech, it had the aliens, it had the interstellar social conflict! It had it all without even over reaching!

In fact, it is now my most favorite movie of the year. Snowpiercer has been topped! I don’t think I’ve seen a great sci-fi movie like this since….Serenity?? It has a Serenity like ensemble premise, set in a Star Trek Society that engages in interspecies battles like Star Wars! Win Win Win Win Win.

And I truly love how the film makers were able to sustain an R-rated quality to the characters of the film despite having to make the film PG-13. I think they did an awesome job with the crudeness of remarks and heartless sarcasm that made it believable that these were definitely the outlaw type.

The CGI work was incredible with Rocket and Groot. It was so immersive that I often forgot I was looking at CG work. It all was so fluid..each scene, each element, all the sci-fi eye candy just made you feel like you were in a Sci-Fi dream come true.

I thought the cast ensemble came together very nicely and each of them being so eccentric really worked to make almost all their interactions just so entertaining. My only complaint is that I thought Gamora wasn’t as hard and bad ass as I thought she should be. I guess Thanos didn’t torture her enough for the brainwashing to take control.

Rocket was just amazing. The animation team who worked on his eyes did such an amazing job. They were SOOO expressive. And of course I was happy they were able to retain Rocket’s no bullshit commentary on shitty situations. “boo hooo, your wife and kid died…get over it..everyone’s someone died.” to which Groot gasps! Those are the scenes I live for.

The villain Ronan was fairly formidable. I just liked that he got us an audience with Thanos who OMFG looks so amazing now compared to the teaser shot we got a the end of Avengers. I don’t know the backstory of his hatred for everything but I’ve gotten to the point where I’m okay with people wanting to wipe out everyone else for no reason. Besides, his fall all came down to a dance battle and that blew my mind.

Speaking of dance battles, can we talk about the music in this film!??? ACE.. TOTAL ACES!!! Any time you have people singing or dancing in a movie out on a remote planet, it’s just total win.

I can’t wait to see this movie again ASAP!!!! Like tomorrow! The 3D experience was so dismal. I felt cheated of the richness of the textures, colors, the vibrancy, the fluidity of the story line. I need to see this movie in all its glory again without the 3D nonsense.